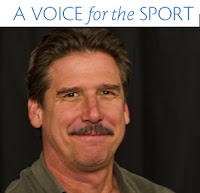 A Voice For The Sport: Chuck Wielgus Deposition Unsealed; Many Changes During The Past Year
-- July 11, 2011

IT has been more than a year since the bombshell ABC News 20/20 interview with Chuck Wielgus, USA Swimming's Executive Director, hit the mass media exposing USA Swimming's lack of athlete protection from sexual predators.

Since those tumultuous times, USA Swimming has created an athlete protection officer, passed sweeping reforms through its House of Delegates and recently has partnered with a national child protection firm to educate athletes about recognizing unsafe situations, identifying potential risks and reporting questionable behavior. Collectively, all the efforts are meant to strengthen USA Swimming's goal to provide safe environments for athletes, coaches and volunteers.

Just when the wounds appear to be healing, a deposition given by Wielgus in 2010 is now public with the potential to create new scars. The deposition, when viewed in its place and time, shows the battleground that was confronting USA Swimming at the time and clearly illuminates weaknesses within the organization.

Looking at the deposition from a fresh perspective, this is what we can surmise.

- One year ago, USA Swimming did not have a public list of banned members. Now, USA Swimming has a public "Banned List" that contains people who, for various reasons, lost membership to USA Swimming. Although the list is not actively sent to the media when updated, it can easily be found by searching USA Swimming's website.

- USA Swimming also has a non-public "Flagged List" that contains names of people who are not current members of USA Swimming. If these people request membership, they would be subject to a national board of review and possibly an investigation, for various reasons, prior to being granted membership.

- USA Swimming does not investigate rumors and only investigates formal complaints when it involves current members of USA Swimming. This was made very clear in Wielgus's deposition and is still a major part of the new policy.

- USA Swimming will investigate third-party rumors when it involves staff as in the case of Mark Schubert, which fortunately for Schubert turned out to be unmerited and denied by the supposed victim.

In the case of Everett Uchiyama, USA Swimming was formally approached by the victim and informed of an inappropriate relationship. When confronted by USA Swimming, Uchiyama resigned as USA Swimming's National Team Director and was put on a banned list. The banned list was not public at the time, and therefore Uchiyama was free from public scrutiny and allowed to seek employment in an aquatics-related field (not related to USA Swimming) across town. When the list became public, Uchiyama immediately resigned from the country club position to the embarrassment of the country club and USA Swimming.

Under current policy, Uchiyama's name would have been put on the public banned list, and future employees would have the responsibility of doing their due diligence as part of a background check.

- As for the coaches that Wielgus was questioned about in the deposition, there was little mention of investigations by USA Swimming into alleged inappropriate behaviors of coaches. There were two simple "rules of thumb" at the time; A person must file a complaint and the coach must be a current member of USA Swimming before USA Swimming will take action. The inaction by USA Swimming beyond those two measures clearly showed a lack of policy at the time.

While the recently-released Wielgus deposition is sure to be analyzed, criticized, and conspiratory-ized, the new systems, with its proactive policies, promise to offer better outcomes than in past years.