WITH one week to go for the start of the FINA World Championships 2011, to be held in Shanghai (CHN), from July 16-31, FINA is pleased to announce that a new record of countries will be established for the 14th edition of FINA's premier event. No less than 181 nations have registered for this competition, a figure that improves the previous record of 172 countries present in Rome 2009.

In terms of athletes, the 14th FINA World Championships 2011, the first ones in history to have qualifying standard times in Swimming, will be attended by around 2220 competitors (in Rome 2009, 2438 athletes were present).

The venues of the 14th FINA World Championships 2011 will be located in the Oriental Sports Centre, in the Pudong area, and comprise an Indoor Stadium for Swimming and Synchronised Swimming, the Natatorium for Water Polo, and an Outdoor Pool for Diving. The Open Water Swimming events will be held in the Jinshan City Beach.

The appeal will take place before the court of Arbitration for Sport (CAS), and the CAS Panel will have the final say on whether any further punishment will occur other than the loss of times from the Maria Lenk Trophy meet where the four tested positive.

FINA hopes that this arbitration can take place "within the shortest possible time," and has proposed to CAS and Brazil to expedite the proceedings. The question remains whether the arbitration can occur soon enough to make any impact on the World Championships, unless CAS decides to implement a provisional suspension for Cielo in lieu of a final decision.

As a quick refresher, Cielo, Santos, Barbosa and Waked all tested positive furosemide at the Maria Lenk Trophy meet in June. Brazil elected to only give the four warnings, the lowest punishment allowed by the FINA rule DC 10.4 regarding tests of this sort, since the four claimed it came from a contaminated supplement. 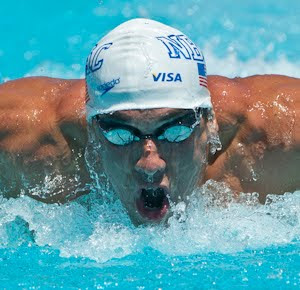 MONTREAL, Canada, July 3. NORTH Baltimore's Michael Phelps fired one more salvo before heading into final preparations for the 2011 FINA World Championships in Shanghai. Phelps clocked a top-ranked effort in this men's 100 fly during the final night of swimming at the Canada Cup this evening.

Phelps threw down the top swim in the world in the men's 100 fly with a blazing time of 51.32. That effort eclipsed the previous bellwether mark of 51.65 held by Benjamin Starke since last month. It also bettered Phelps's previously second-ranked season best of 51.75 clocked in March. Chris Brady placed second tonight in 52.77 to move to 17th in the world, while Wu Peng wound up third in 53.31.

Notice on Drugs Carried into China by Participating Teams

Participating teams do not need to make a special declaration for self-used drugs and medical equipment. They should however carry a list of self-used drugs in both Chinese and English. Please note that drugs carried into China by participating teams should be used by their own members only. After the 14th FINA World Championships, the remaining drugs should be taken back to their countries and should not be sold in China. 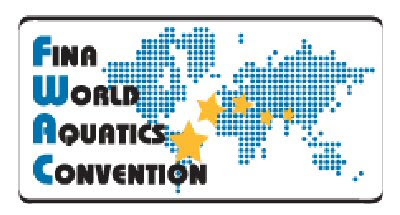 Posted by Unknown at 8:26 PM No comments: